Super Battle in the Artic 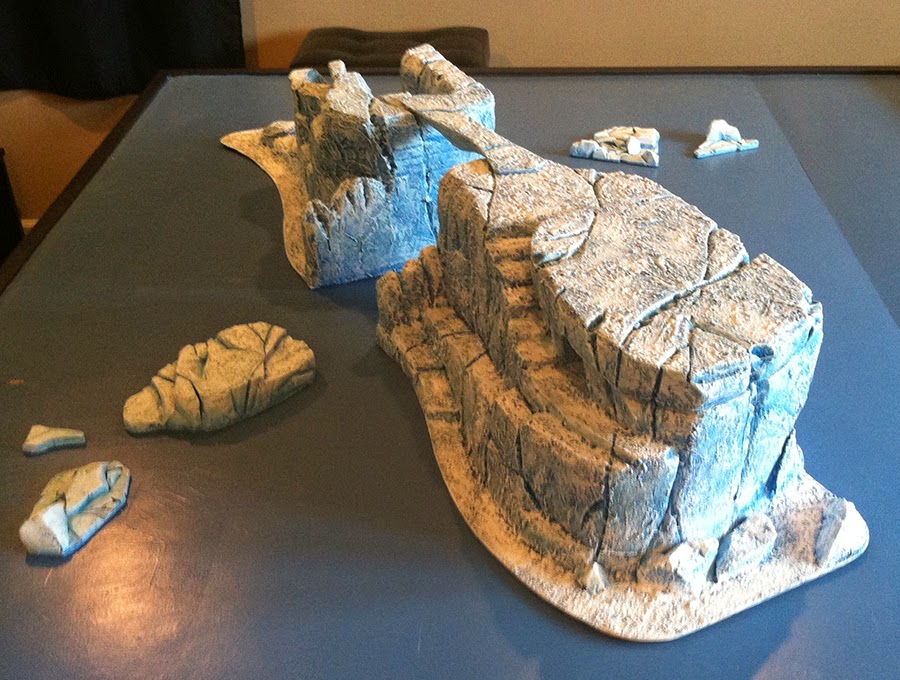 "When the mysterious alien known as the Despot arrived, his plans for Earth were unclear. Gathering the remnants of the defeated International Crime Syndicate, he began using them as pawns in a great scheme.
Little did our heroes know, but the Despot had not intended to invade Earth. Our backwater home was quite literally, off his radar. A malfunctioning R Drive sent his ship way off course and stranded the so called "Master of a 1000 Worlds" here.
Now, he must muster his intergalactic forces for invasion. To do so, he needs a few key pieces. One is a mysterious artifact known as the Sphere of Infinity, trapped deep in an iceberg in the arctic..." 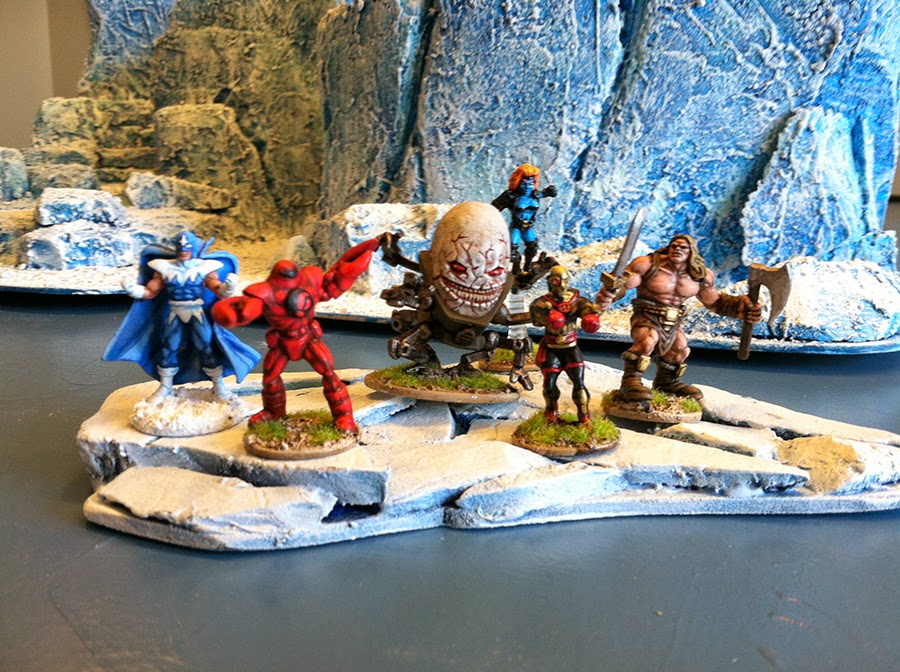 Left to right, the Villains: Permafrost, Snapper, Eggsterminator, Elektra, Killshot and Korgoth.
Six players each controlled 2 supers. Both sides had to start on floating icebergs and forced to leap from berg to berg until they reached the larger playing area. Unless, of course you can fly.

The fliers clashed first. The hero, One-Eyed-Jack, unleashed his Improbability Rays at the villainess Elektra, dropping her in one blast from the sky. 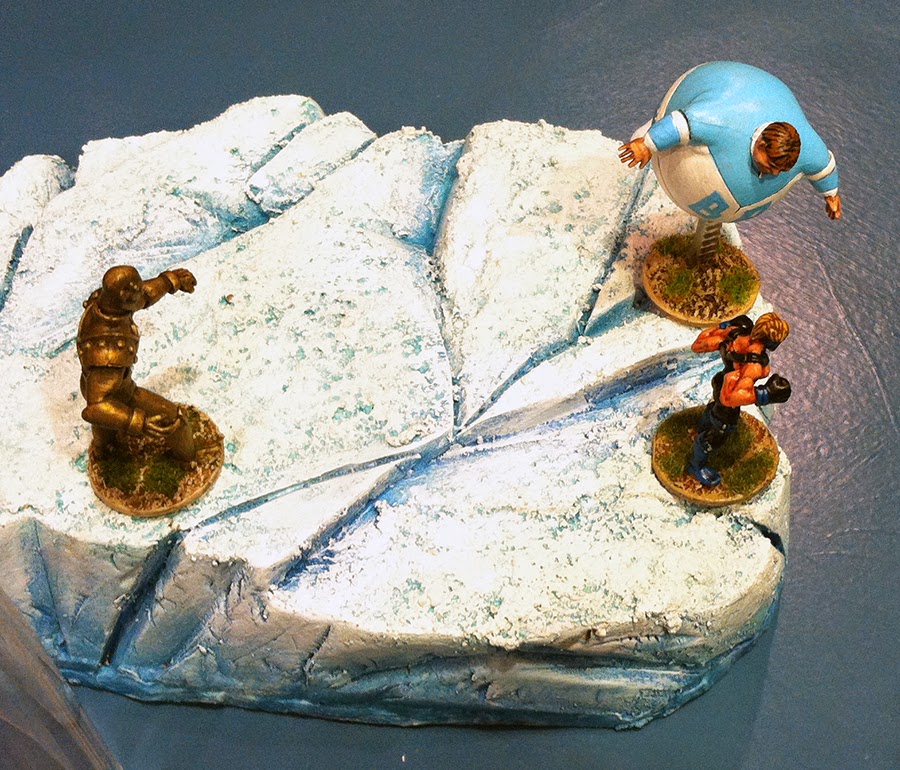 With the only flying bad guy down, the heroes had an easy run to the Dark Idol. This ancient statue was the only way to unlock the cave beneath the surface.
Our heroes quickly unlocked the Idol's secret and opened the cave. 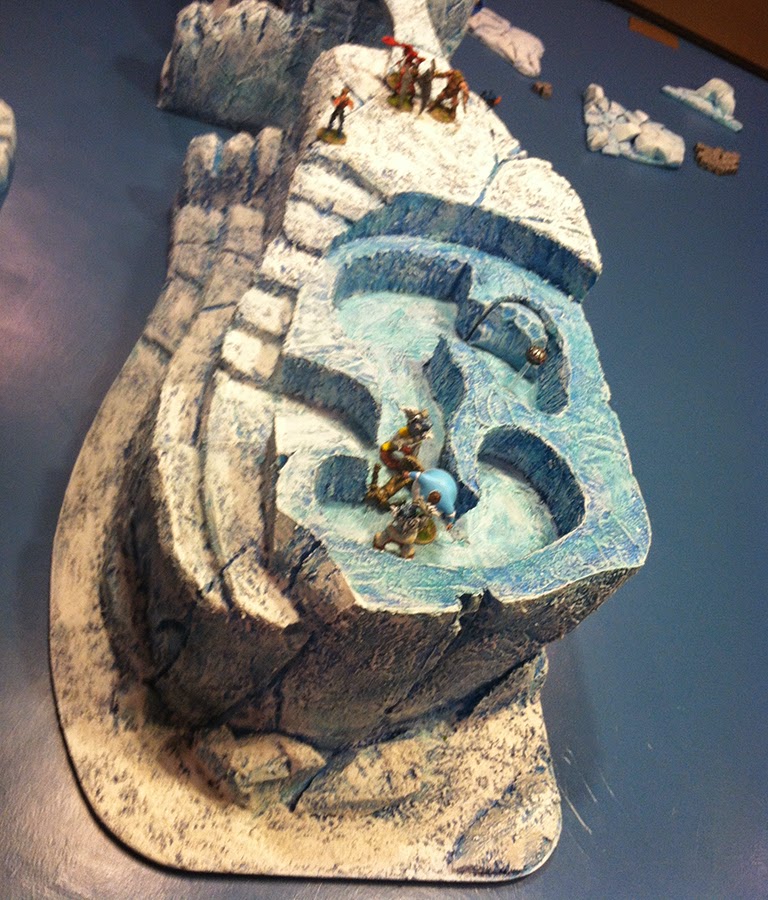 Cylcops, of the New Olympians, made a valiant stand against the villains to buy time for his other heroes. The heroes unlocked the cave, but found the Sphere guarded by two Ice Trolls!


While the good guys were busy tackling the trolls, Korgoth snuck past and grabbed the sphere.
Victory to the forces of evil. Again.
Fabulous terrain provided by my pal, Warren.

Super System. Although they are on 4th addition I believe, we always liked 2nd.