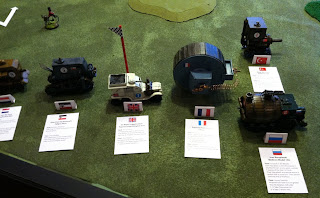 Yes, race fans, it's that time again! Time for the Great Powers to gather and put their finest men and machines to the test.
There were only going to be a few guys over last night, so I dug out an old idea with some new rules. 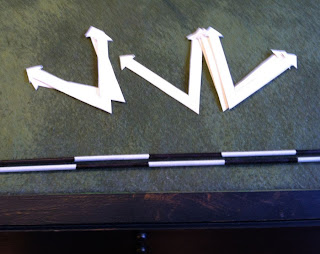 The rules aren't even really new. I took two boardgames, Powerboats and Quicksilver, and pulled them off the board. This was a race using all my scratch-built VSF contraption.
Each vehicle had a Perk, like "Easier Turns", and a Flaw, like "Poor Armor". Hopefully they balanced each other. 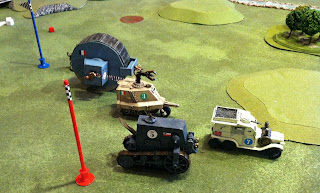 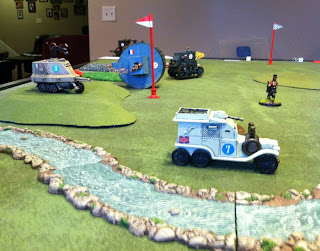 Italy makes it's move
Additionally, I added cards for Dastardly Deeds, allowing players to shoot at each other, cancel card effects, and give boosts to speed.
The table was laid out with areas of bad terrain, impassable terrain, and of course, the flags players had to navigate through. 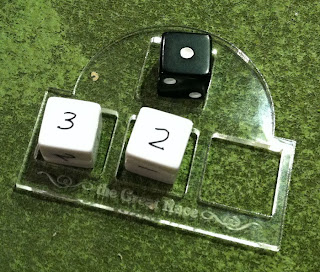 Speed was done ala Powerboats. We used d6s marked with only 1-3. At the beginning of their turn, a plater could add a die, subtract a die or reroll a die. This gives a number between 3-9. Instead of inches, I marked off a measuring stick with 3 inch increments. Going speed "3" actually means 9".
The race went thusly:
Otto Von Hackenkopft roared ever so briefly into the lead, only to be shot at and droppedt to zero speed by mine own Sir Nigel Soggybottom. Nigel took second briefly to be passed by Luigi Tortelinni.
That left third squarely to Francois Fraumage piloting the infamous L'Roue of our GASLIGHT battles fame.
Most of the race Luigi stayed firmly in the lead thanks to his great turning perk. Normally, players can make a 60 degree turn, or a 120 turn but have to take an armor hit from the strain on the vehicle. Luigi's vehicle makes a roll, and on 4-6, he ignore the hit. 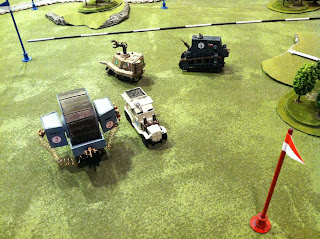 Things get complicated at turn 4
Second and third switched on an off between France and Britain, with much skullduggery. Poor old Germany never recovered from the initial assault off the starting line and was dead last.
It was a lot of fun and a perfect con game. Can't wait to see what 6-8 players on the board would have done. 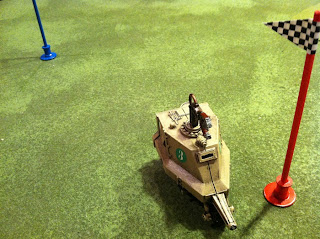 Posted by BaronVonJ at 7:34 AM

Looked like a fun game. Just the ticket for a convention.

That looks so great!!

Great fun as usual J. I needed a few more cranks on that German clock-work tank!

Looks like a good fun game and I love the various vehicles!

Oh wow, that looks like a ton of fun. If you were son inclined, you could write up your rules combination and I would love to use them in the Aethergraph, if I ever get around to putting together another issue...

As mentioned, I "borrowed" heavily from 2 existing games. Don't know how that would work publishing them?

Brilliant! Wish I could book it for a day at my local club!

Yours in a White Wine Sauce,
Paul