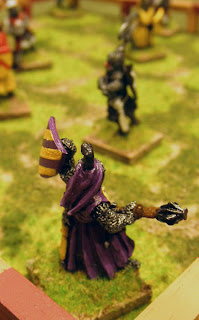 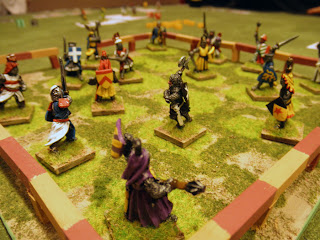 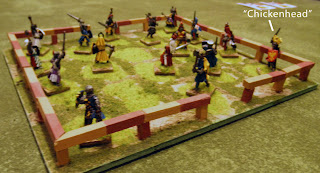 Tomorrow: the Dungeon
Posted by BaronVonJ at 7:33 AM

That sounds loads of fun - simple mechanically and fast playing.

I've a melee game I've been developing on and off for while - I think I may need to dig it out and give it another look.

I have rules for Jousting too, but need a third event. Archery seems like it would be too based on good dice rolling.

Stamina, to keep going; Strength, to get the best portions; Speed, for consuming said portion for bonus points; and Skill for avoiding other feasters' knives and other implements of destruction.

That's pretty cool! I've always wanted to figure out how to wargame a tourament. Reminds me of SCA events. :)