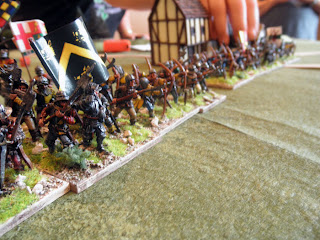 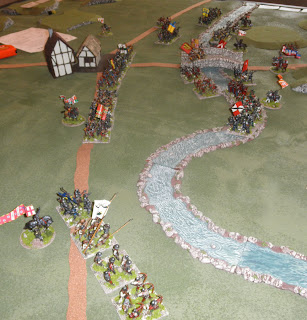 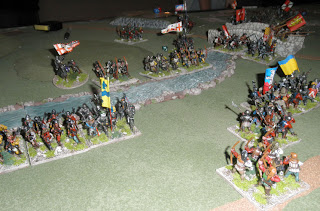 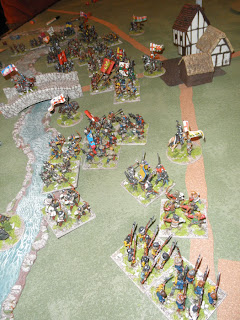 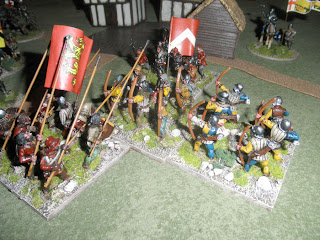 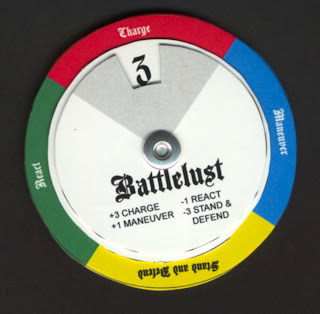 Posted by BaronVonJ at 7:21 AM

Its a fun game. The first couple of times I played it, I wasn't sure if I liked it. It kind of grows on you.

Sorry I missed it. Looks fun as ususl.

Shame on you Bill. Its an awsome set.

Seriously though, the lack of control and the battle lust are what really appeal to me in the system.

I don't think I figured out the tactical possibilities of the rules until I played it a few times. Its a more subtle game than I thought it was.
When you get stuck in, alternating between charging and stand and defend seems to work well.

Just made some kick-ass dials to keep track of orders and battle lust. I think they'll work great and elimenate some battlefield clutter. Only took me 20 years to figure them out.

That sounds pretty cool. It should help as we all get older and more forgetful. :)

Thanks for posting that! That looks terrific. Now make a card-turning device. :)

Great game as usual, the figures just kick it up an extra notch in appeal.

Interesting gaming/battle report - thank you for posting it.