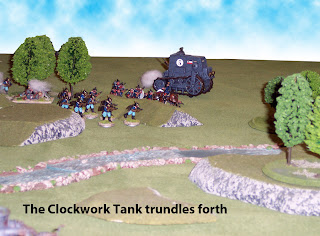 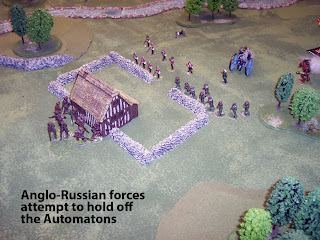 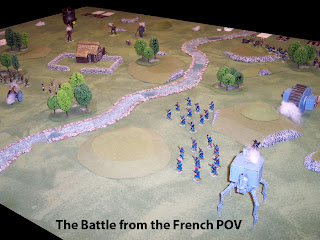 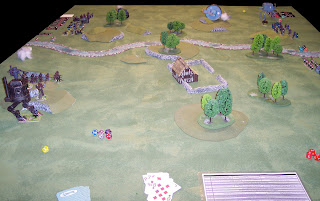 With the holidays coming up, its been tough getting enough of the Basement Generals together for a game. But, last Thursday, 3 braved the cold, and that was enough to cobble together a quick game of GASLIGHT. No scenario, just a brawl between a German/Prof. Nightshade faction and an Anglo-Franco-Russian force.
At first, it looked like bad for the Germans as the French took out the much feared Killenkanner on the first shot of the game. But then, things quickly went south. Professor Nightshade's mechanical minions clattered forth, ignoring any losses thrown their way. In a fire-fight with their human enemies, they decimated the British and Russian soldiers. When the Brits finally got their "Red Knights" into action, they were taken out quickly by Nightshades Killbots.
I managed a few snaps of the action.
Posted by BaronVonJ at 7:42 AM