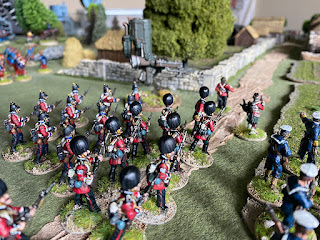 It was nice to have more of the Basement Generals back, vaccinated and ready for in person gaming. For such an august occasion, I decided to have a Fistful of Lead: Bigger Battles game. 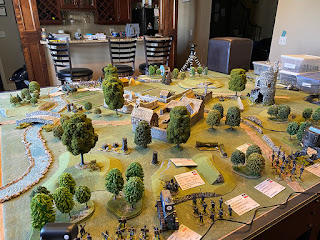 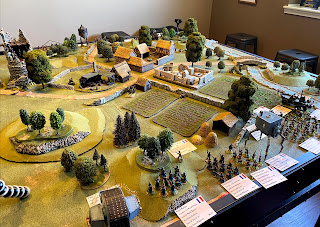 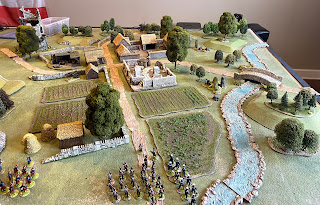 We had 4 players, each controlling 3 infantry units, 2 contraptions and a hero. In addition there was an over all commander each side. There were 3 objectives on the table. At the end of each turn, a side got a point for holding it. We decided to play first to 10 points or until time ran out. 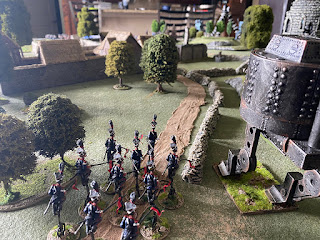 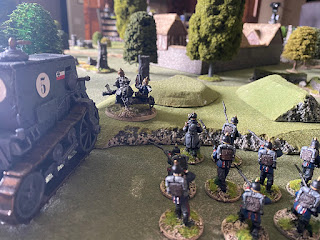 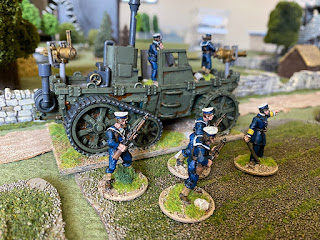 To begin with, both sides had trouble getting their armored contraptions started. Too long sitting in on the shelves? In fact, the HMLS Triton, an amphibious beast I worked really hard to get painted in time (no unpainted mins on this table!), didn't start the first 4 turns, Then when it did start, couldn't keep the boiler running more than a turn, As a result, the Naval Landing brigade it was supposed to support, was left high and dry. They managed to take the bridge, but were slowly whittled down to nothing. 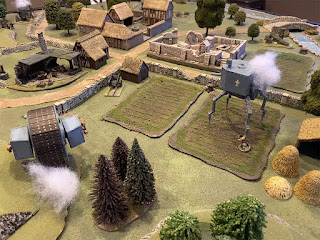 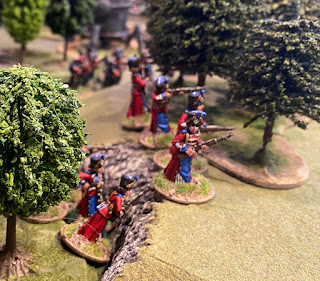 On the other flank, the Empress's Own lady Hussars managed to seize the ruined tower. There they rained down death on the French Marines, who, like the Naval Brigade were left unsupported by their attached clanker. L'Roue did get started eventually, and managed to electrocute a German unit and singe their commander. 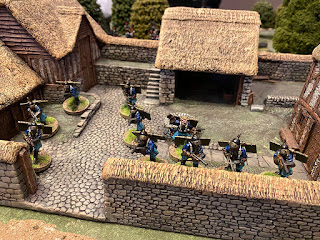 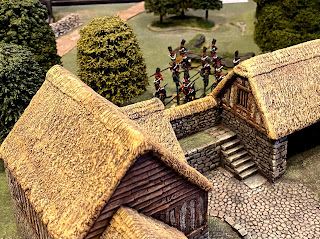 Meanwhile, those sneaky Rokkitruppen  landed in the fortified farm while the equally snakey (sqeaky?) Unicycle Uhlans hid behind the farm, waiting to strike. 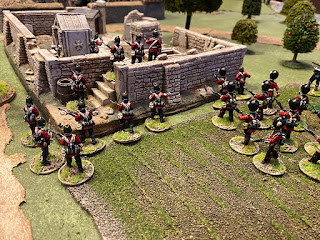 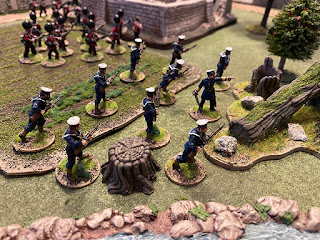 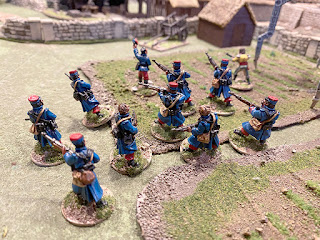 All along the front, the stalwart red line advanced. The Grenadiers endured terrible casualties but marched forward supporting an infantry unit who took  cemetery and poured fire into the Rokkitruppen. 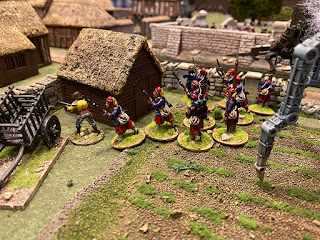 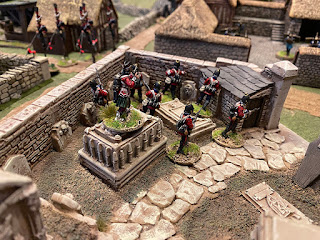 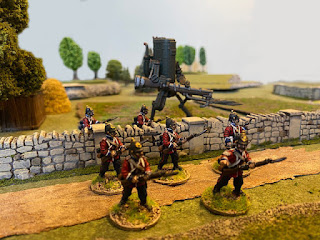 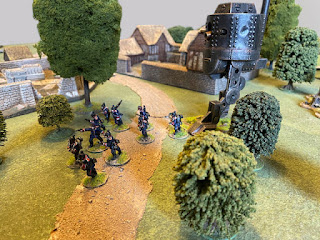 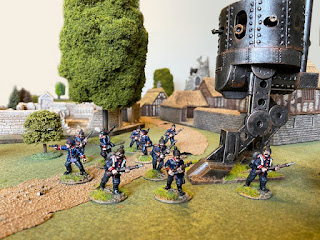 With the Naval Landing unit destroyed, the Germans took the bridge. Now holding 2 of the objectives and racking up points, the British Goliath Impervious Suit trudged forward to seize the only objective left: the crossroads. Just as he prepared to fire on the farmhouse, the Uhlans struck. Explosive lances knocking the big clanker back, he was forced to retreat. But the Uhlans didn't hold the roads long. The Zuoaves attacked. It was a murderous volley. The Uhlans were wiped out to a man. A pile of bloody unicycle littered the crossroads. 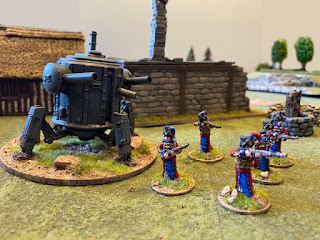 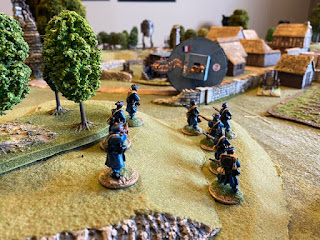 It soon became apparent that two of the objectives were lost for good. With that, the two sides shook hands (we can do that now!) and cleared the battlefield.

Great game, and even better to see everyone. You can watch the whole game HERE on our YouTube channel.

Posted by BaronVonJ at 8:52 AM

Wow, miniatures and terrain are superb as always. They really make that setting shine!

Watched your game; really made me homesick for you freakses!