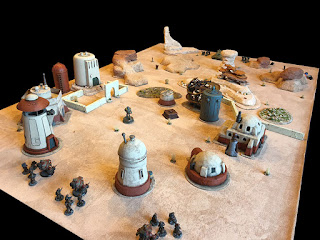 "United System Alliance troops are probing Rebel territory. Little do they know, Rebel troops have acquired a few surplus Vulcan battlesuits".
I wanted to just polish some rules on the Vehicle Guide to Galactic Heroes. The Union forces have 5 armored shocktroopers, five regulars and a Tank, armed with a heavy gun.
Rebel forces have 3 squads consisting of 4 troopers and Vulcan suit. Each squad has Anti-tank missile launchers. 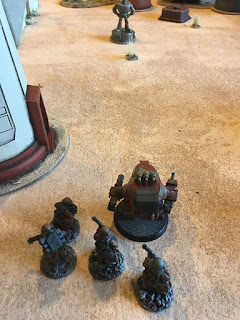 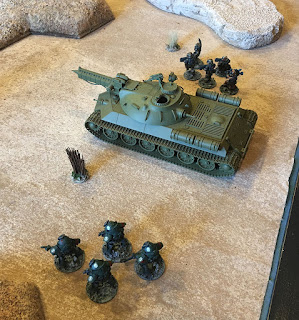 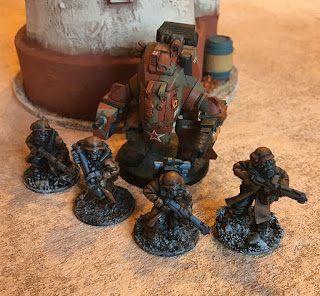 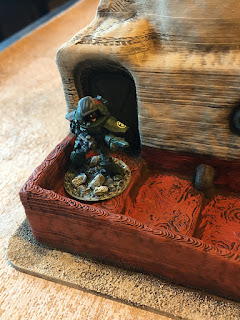 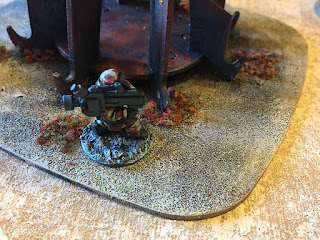 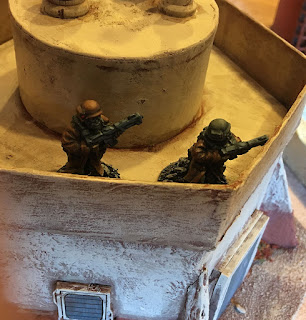 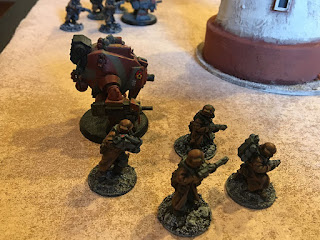 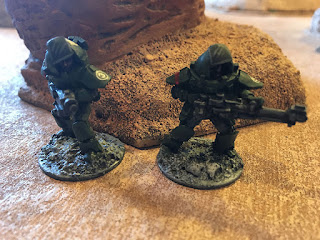 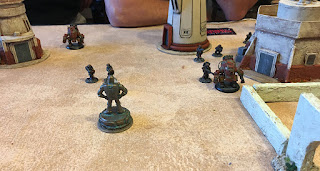 The game started with the tank driver activating and rolling the vehicle forward. When the gun crew activated, they missed the Vulcan they aimed at. And got a "1" doing it. The rest of the troops exchanged a few ineffective long range shots. The Unionist machinegunner took up a very exposed position on a hill and managed to draw 3 shock markers plus he emptied his ammo drum.
Once the troops got closer, the rebels managed to put 3 missiles into the tank. Boom!
The crew escaped wounded or shocked. The tank commander was blown up with the tank. 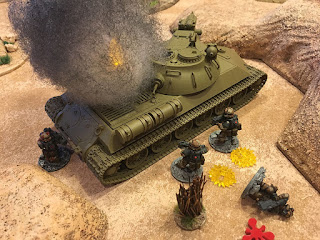 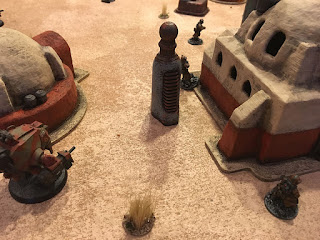 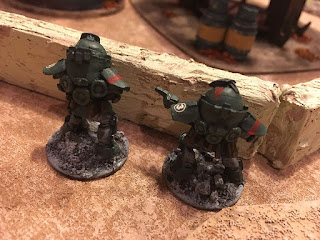 Things did not go well for the vaunted Union troops. The Rebs had their way with them. Great game. Got some new ideas.

That sounds like a lot of fun...big scary tanks!

Nice batrep! Good to see some of those AT-43 Kolossus walkers still in use.