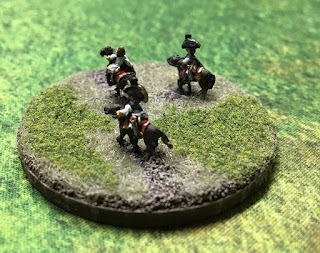 We braved the bitter cold to inaugurate the new game of room of fellow Basement General Scott. He provided the game table and the game! 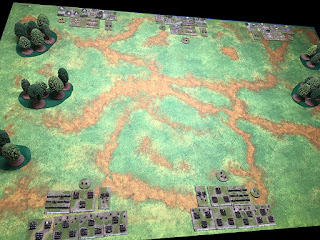 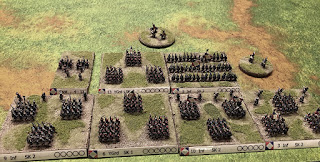 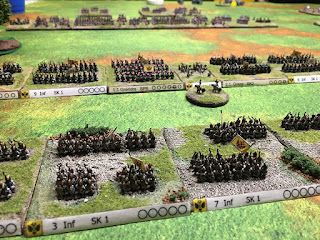 Once more the 6mm might of the French forces were brought to bear on the poor ol' Austrians.
I believe it's a poor general that blames his dice for defeat, but I blame my dice for the defeat. The Austrians just got hammered. First turn my boys marched solidly forward while their brethren on the right flank stood firm. Second turn i rolled a "Withdrawal" while the right advanced.
This set the tone for the game. 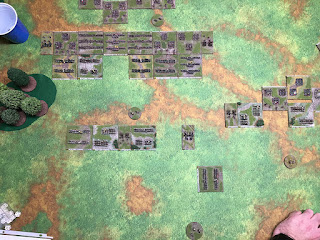 It was still fun. And a nice break not to have to host.
Posted by BaronVonJ at 8:27 AM

Thanks for coming out last night fellow Basement Generals. And yes Baron, the dice gods were smiling on the French last night. Maybe someday the Austrians will claim a victory.

The Austrians probably had bunk dice in real life too :)

That does look rather splendid!