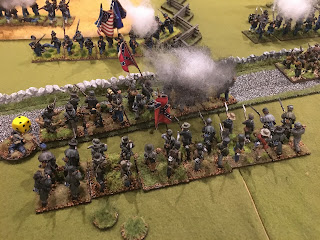 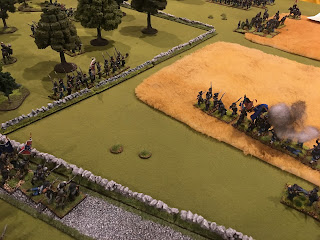 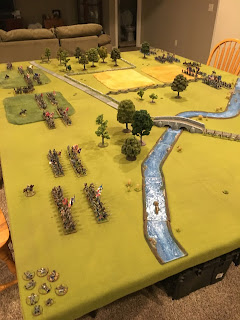 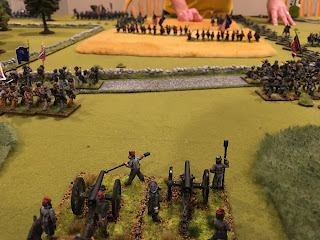 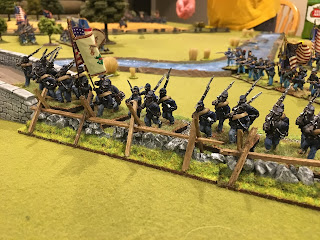 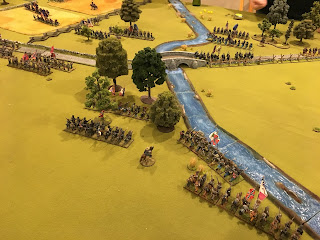 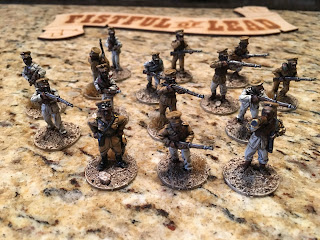 I chose to portray them in a hodge-podge of khaki and summer dress. Most period photos show a mix of uniforms spanning a decade of fighting.
Waiting in the wings are Federal Cavalry, artillery, mounted and dismounted Villistas, and a film crew to document Pancho.
Posted by BaronVonJ at 12:14 PM

Very nice. What ruleset do you use for Mexican Revolution?

And who makes the Federales?

Commisar: These guys are Brigade. The rest will be mostly Old Glory. Not out of choice. They're the only manufacturer that O know of who makes mounted and artillery for both sides in any quantity. I got a few from Pulp Figures, like the film crew, for flavor.