To the Strongest! playtest. 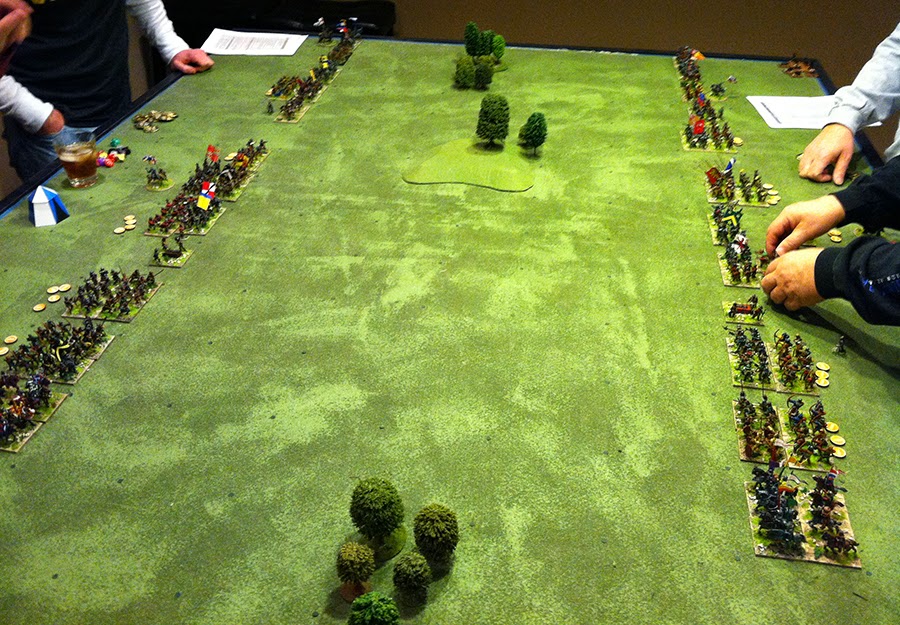 I've always been a big fan of grid or hex based games for the simple fact that it speeds things up, no arguments of ranges or if you wheeled correctly, etc. Commands and Colors is a great game and my pal Chris over at CluckAmok, always brings a great version of it to our local con RECRUITs with miniatures and hex terrain. I've tried in vain over years to make a hex map for own 8'x6' table. 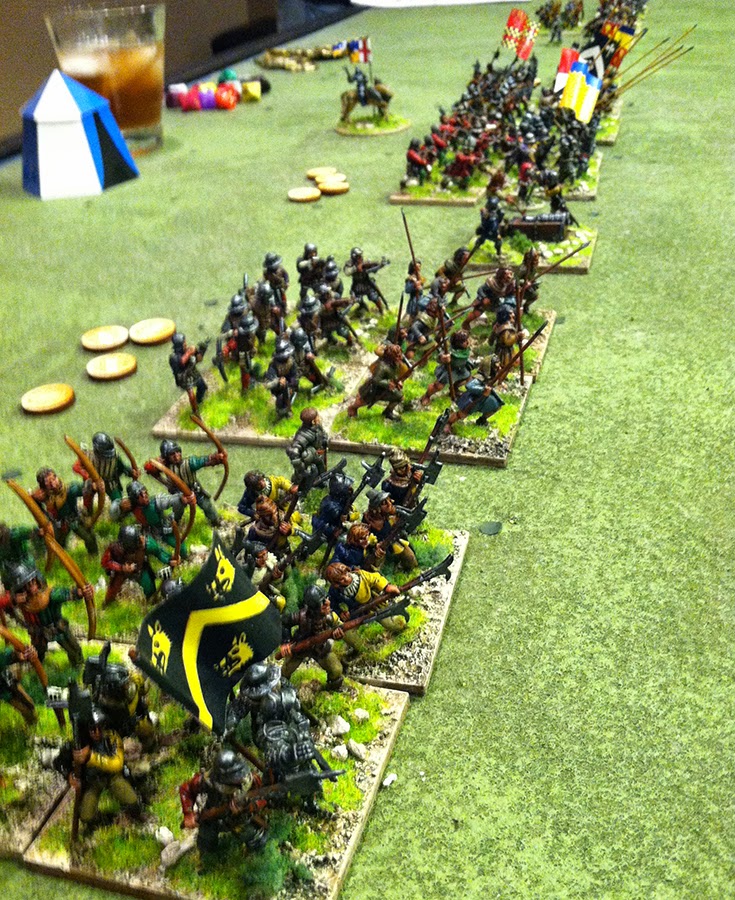 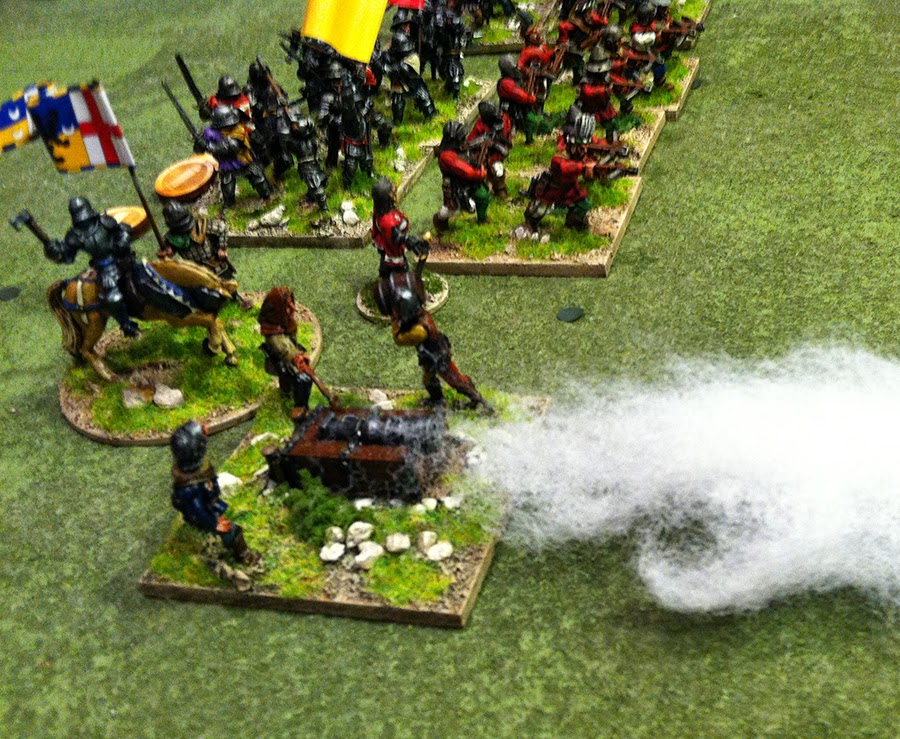 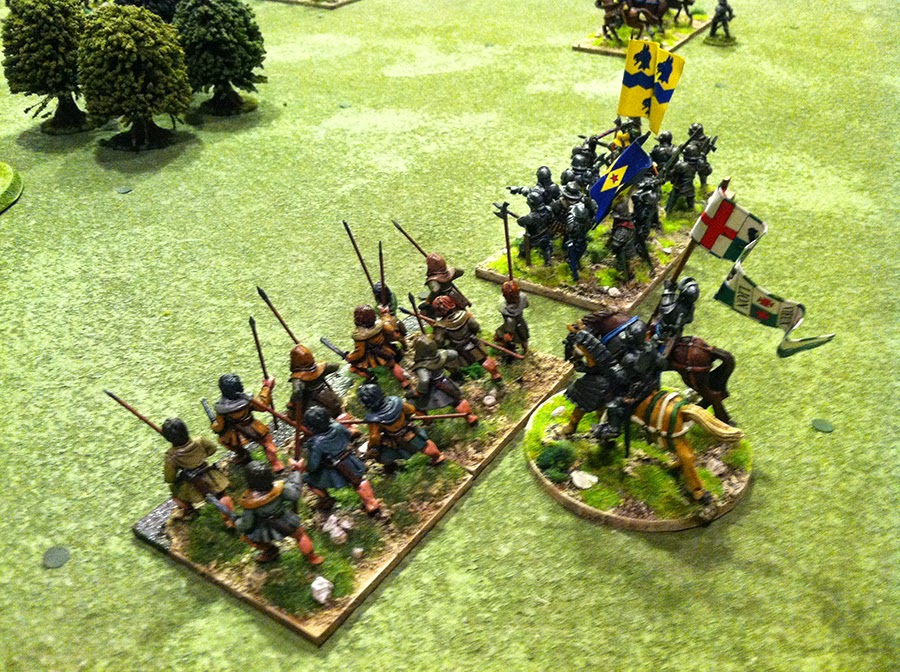 I've been following Simon Miller over at Big Red Bat Cave for years. When I saw he had written a set of grid based rules that combined a lot of the aspects of games I like I pick them up right away. I don't have an ancient army, but I do have a lot of medievals.
The rules are great for a multitude of reasons. Don't need a particular scale, basing or mounting system. The grid can be subtly added like I did with small stickers painted a shade lighter or darker. I settled on 6" grids which is slightly larger than two of my 60mm bases wide. It only took about 15 minutes to add them. 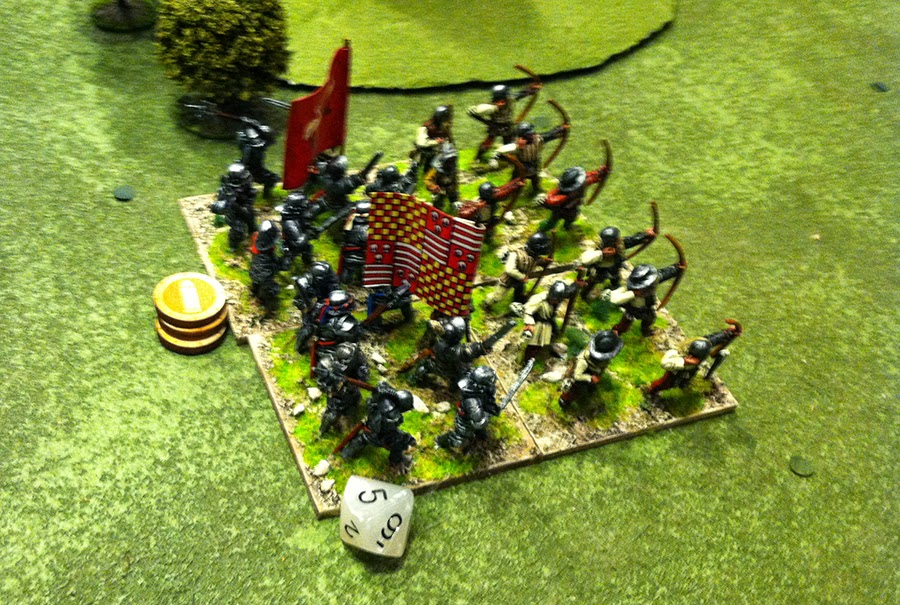 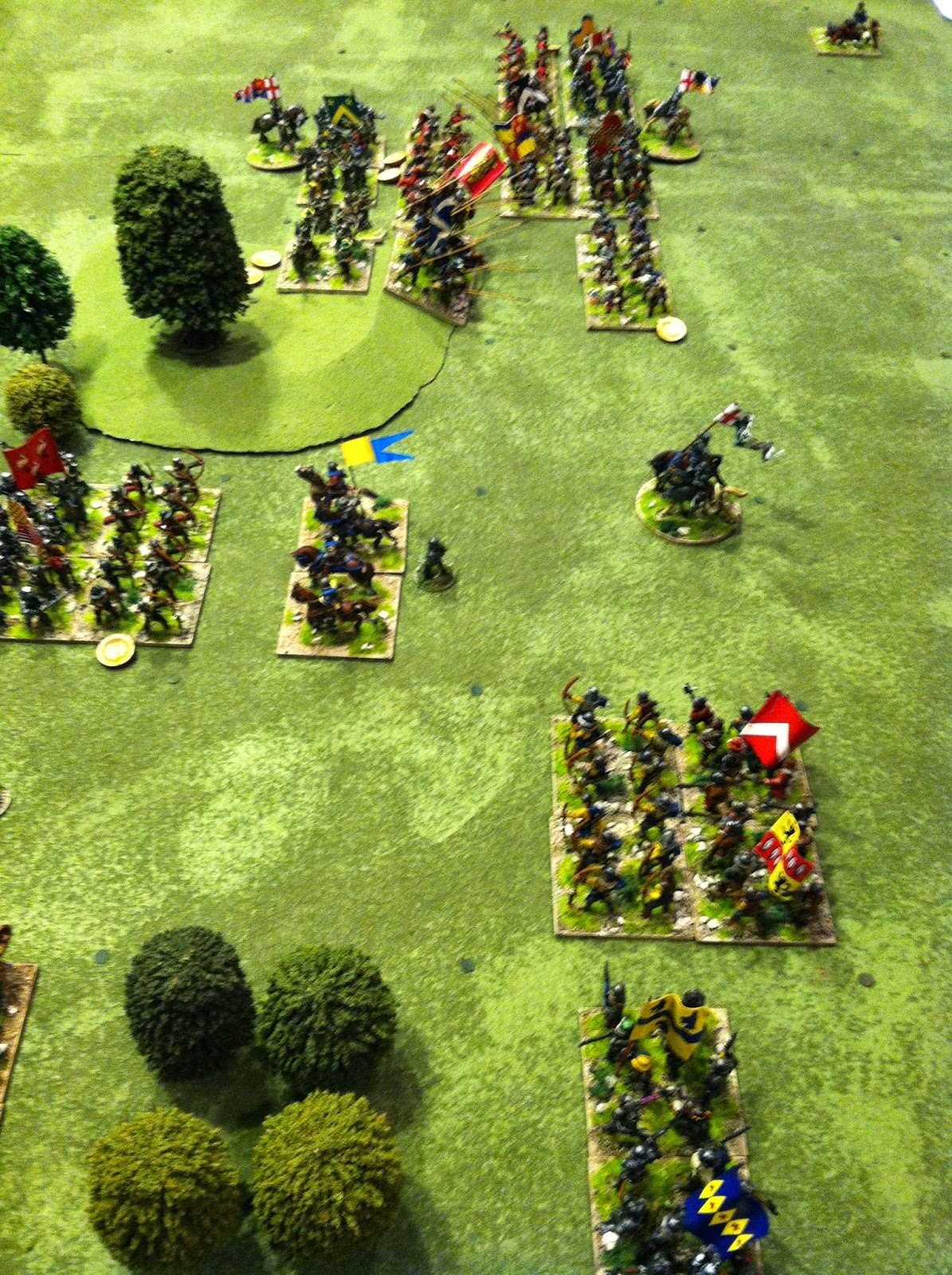 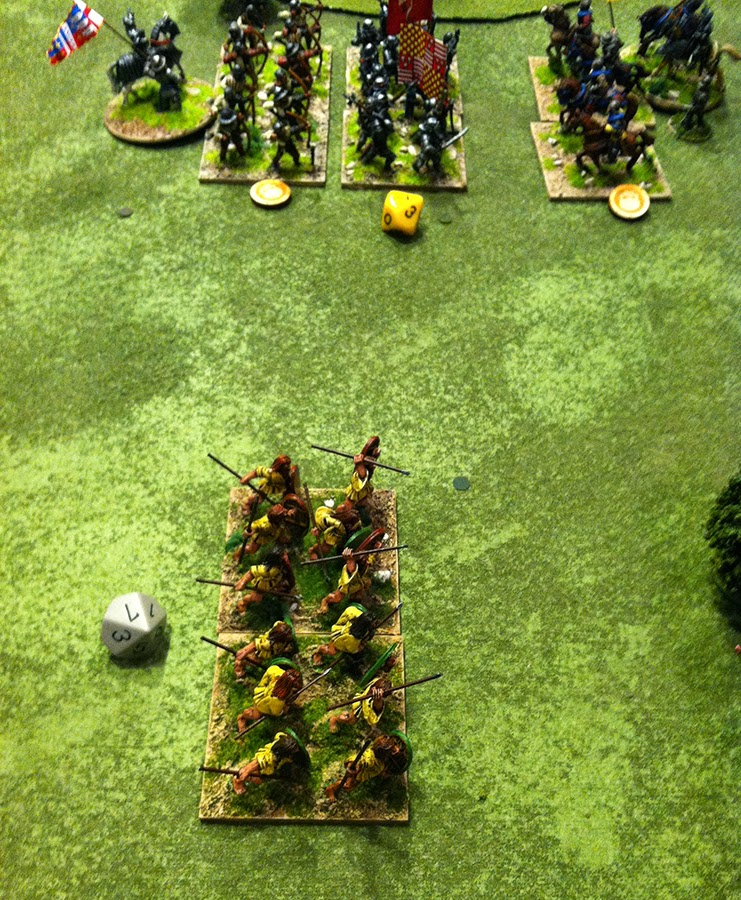 Cards are pulled to activate units (for the most part a 2+) and can keep activating to do things like move, charge, shoot and rally until they fail and then that command is done ala Warmaster/Blitzkrieg Commander/ all current Warlord Games. Generals are there to add rerolls.
My biggest change was to use d10s instead of pulling cards. To the Strongest uses a couple standard card decks with the face cards removed. Personally, I didn't like the look of the cards sitting behind units. It was easy just to put the die back there. They come off at the end of your turn.
The game itself took less than 10 minutes to explain and the guys were rolling without much looking at the rules. They doesn't mean the game is simplistic. It has quite a bit of subtle tactics.
The game itself was a blast. It came down to a difference of 1 Victory point. Just when it look like one flank was going to be rolled up by a flank charge, the general rolled "1" to activate. A failure.
I highly recommend the rules. I will be using them for some Fantasy battles soon.

Labels: Medieval, To the Strongest

Hi Jay- looks like a great game! I have sometimes thought that it should have a subtitle "Anything but an Ace!" ;-) Best, Simon

That was a lot of fun (except my failed activation role). This ruleset looks to be a keeper and can't wait to use it with those 15mm EIRs I'm working on (if we can find them a enemy to fight). Good times.

...I also meant to ask where you got the green dots from, please? They would be very useful for peeps who only want to mark their table up temporarily.

I got them from Office Depot. Don't know if they have those in your parts. I'm assuming any big box office supply or Amazon:
http://www.amazon.com/Map-Dot-Stickers-Assorted-Diameter/dp/B003M6PFS6/ref=sr_1_3?ie=UTF8&qid=1421940164&sr=8-3&keywords=small+round+stickers