There are 16 new scenarios for Fistful of Lead: Reloaded. They've been play tested, but a few of them only once. I wanted to run them through the ringer a few more times.
With that, I set up three 3'x3' play areas (defined by the blue tape) and let the Basement Generals have at it. Get the map: A gang returns to their not-so-secret hideout, to find a rival has broke in trying to steal a map to their buried loot. Can they escape the encircling enemies? 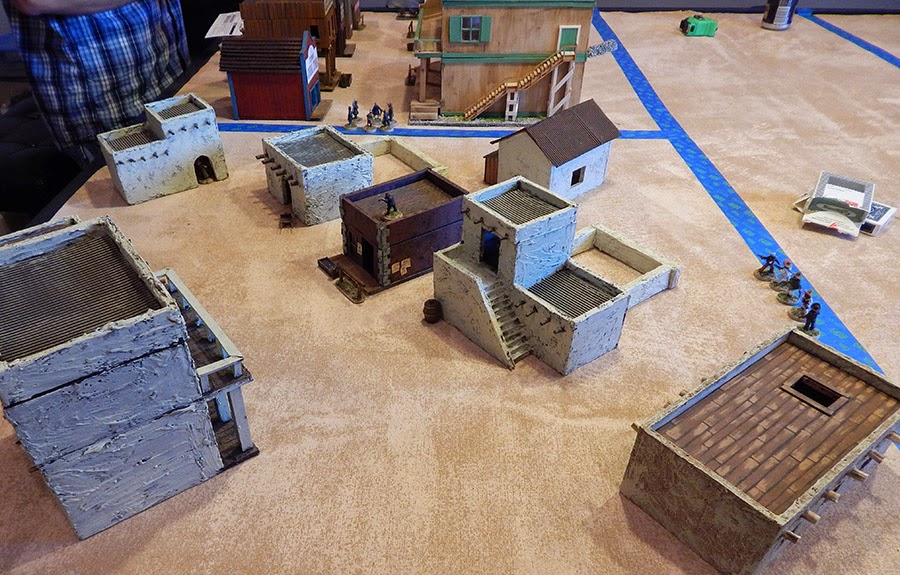 Snitches get stitches: Time to intimidate that that witness in the jail. 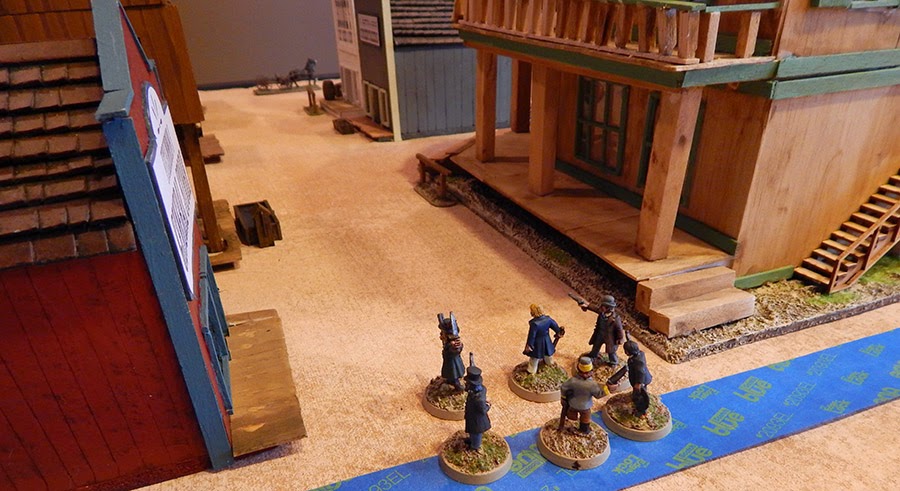 4:10 to Yucca: Can you save the Boss before he's delivered to the stage and then prison? 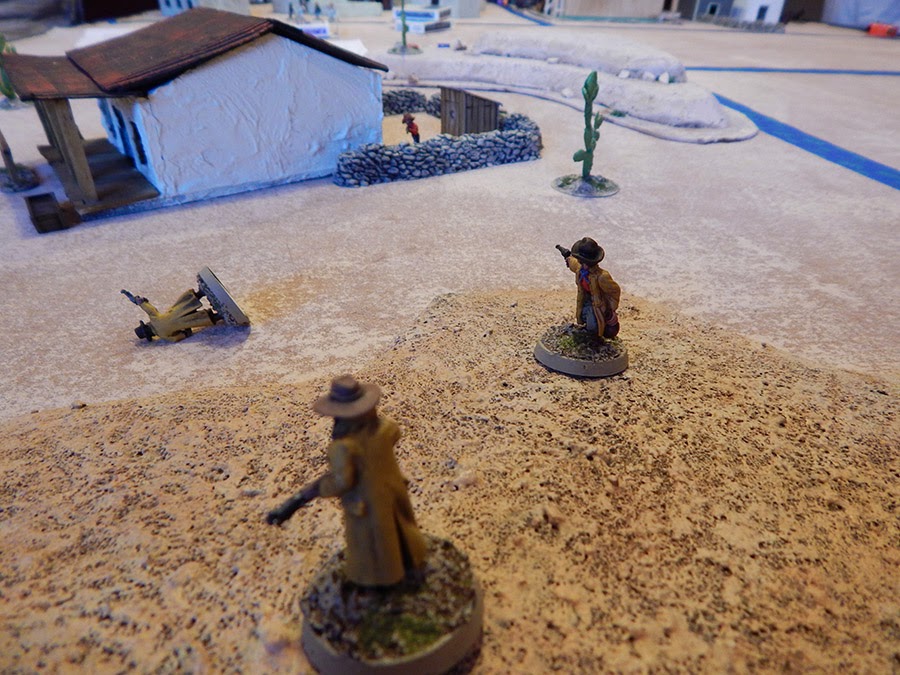 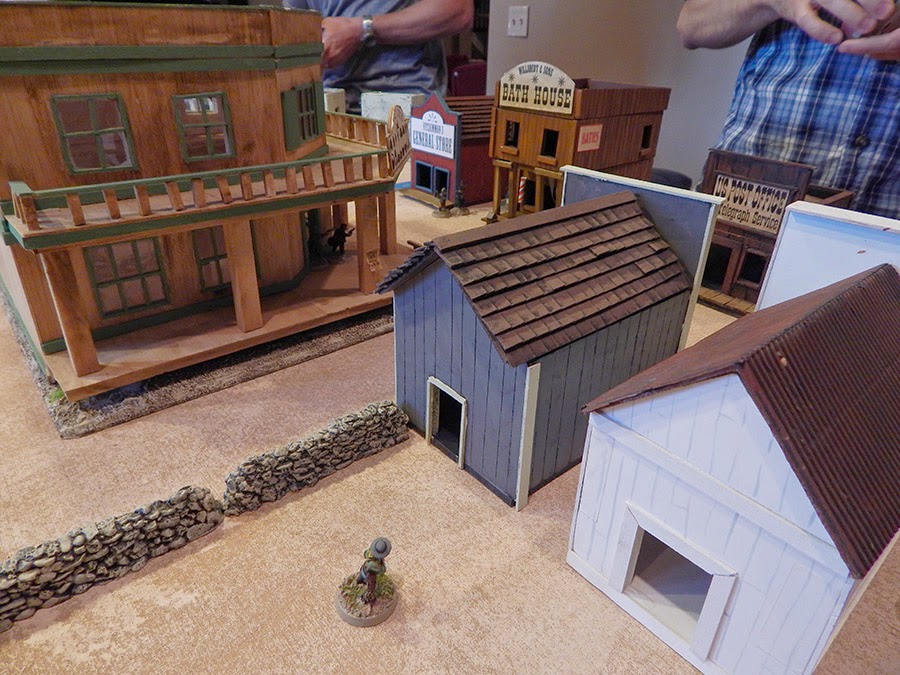 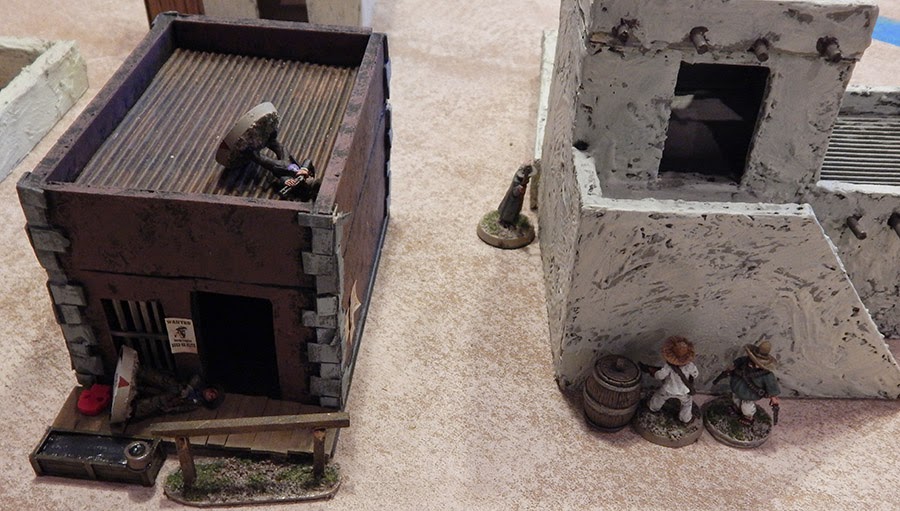 Running the Gauntlet: Time to get outta Dodge. Not only are your rivals out to get you, but the whole town too! 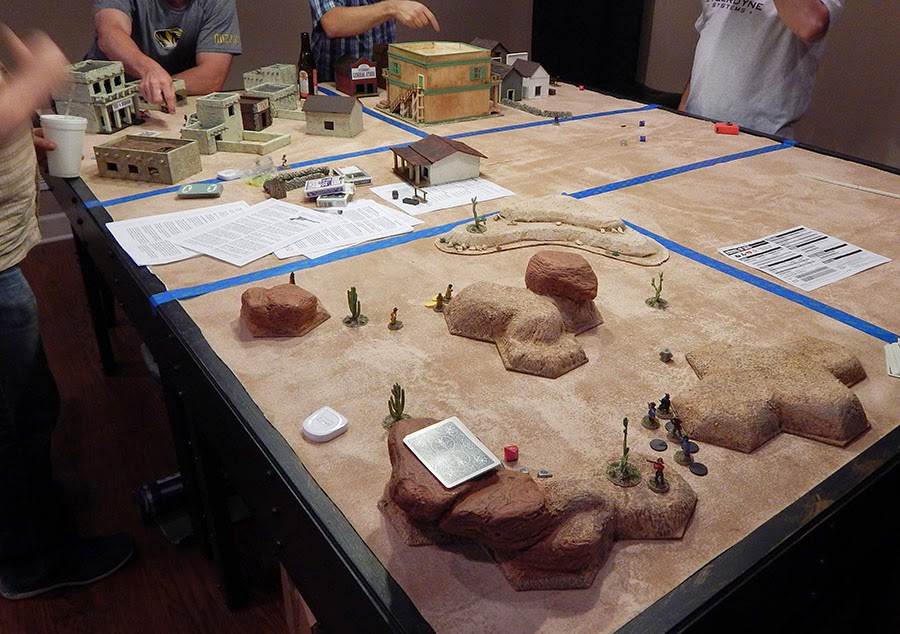 Bad time in the Badlands: Two gangs run into each other out in the Badlands. Both have loot and a score to settle.
Everything went well. Had a few fixes. The gag plays a lot different when you have a gang to preserve for next game. Not so much fighting to the death.
Posted by BaronVonJ at 12:30 PM